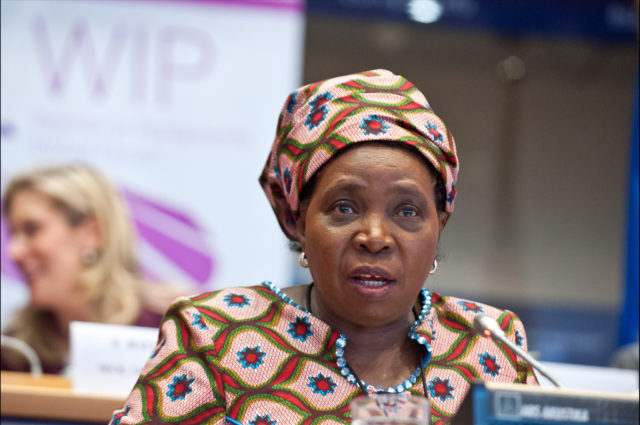 Silvana Koch-Mehrin, Founder of WIP, has presented Honourable Dr. Nkosazana Dlamini-Zuma with the WIP Award for Lifetime Achievement in Female Political Empowerment today, at the 3rd African Union High Level Panel on Gender Equality & Women’s Empowerment, in Kigali. With this award, WIP wants to acknowledge the great achievements of the Chairperson of the African Union Commission and her contributions concerning the empowerment of women and having set a great example for other female decision-makers in the continent.

Dr. Nkosazana Dlamini-Zuma was born in South Africa in 1949. After becoming an underground member of the ANC, the African National Congress, and president of the South African Students Organisation, she had to flee into exile to the UK. In 1994, Nelson Mandela appointed her as Minister of Health; later she became Minister of Foreign Affairs and Minister of Home Affairs. She was elected Chairperson of the African Union Commission in 2012, being the first woman ever to lead the African Union.

In 2014, the Award for Lifetime Achievement in Female Political Empowerment has also been granted to Vigdís Finnbogadóttir, the first woman in the world to be democratically elected Head of State, during the WIP Study Trip to Iceland in 2014.

The 3rd African Union High Level Panel on Gender Equality & Women’s Empowerment is taking place in the Parliament of Rwanda and will focus on “The Contributions of Maputo Protocol on Women’s Rights in Achieving Gender Equality in Africa: Stocktaking, Opportunities and Accountability”.

Female leaders shaping the world of the future: Building a new normal. 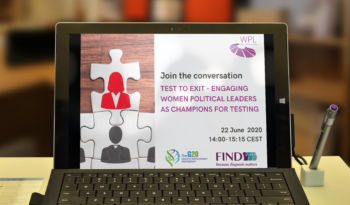