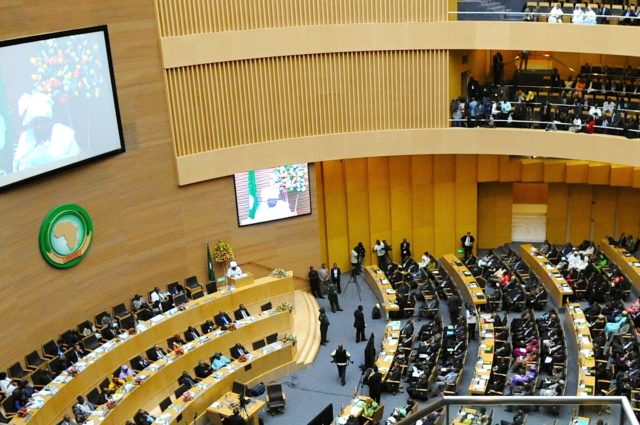 About
The WIP Summit 2015 Report is now available HERE.
—
The Women in Parliaments Global Forum (WIP) Summit 2015 was held in Addis Ababa, Ethiopia on 23-25 March and focused on the theme of New Leadership for Global Challenges. The summit was co-hosted by the African Union in the  Headquarters of the African Union Commission and was co-financed by the European Commission.
Over 400 female Members of Parliament from 92 countries attended the WIP Summit 2015 which took place during the “African Union Year of Women’s Empowerment and Development towards Africa’s Agenda 2063” and the “European Year For Development“.

Parliamentarians from the WIP Global Network and high level speakers from a broad range of sectors delivered keynote speeches and participated in panel discussions, interactive sessions, and networking during the WIP Summit 2015, exploring themes such as development, entrepreneurship, regional cooperation, education, health, the female political career and the necessity of female representation in political leadership in order to achieve true democracy in society.

WIP Awards were granted to countries which are recognised for their political empowerment of women, and to countries which show regional leadership in closing the gender gap in politics – namely Sweden, Ecuador, Bangladesh, Algeria, Tunisia, Italy and Kenya.  The Annual WIP Country Case Study was also launched at the WIP Summit 2015, which aims to enable countries to learn from each other’s successes and provide a platform for the exchange of ideas, best practices and problem-solving for members of the WIP Global Network. In 2015, Iceland was chosen as WIP´s Country Case Study, due to its exceptional success in closing the gender gap, and the 100 year anniversary of the women’s right to vote in Iceland.

WIP partnered with the United Nations and Government of Chile to present the Call to Action at the WIP Summit 2015, which was affirmed and signed by Members of Parliament in attendance. This Call to Action highlights how progress towards gender equality has been too slow and uneven, and underlines the necessity of taking immediate action in order to eliminate gender inequality by 2030 and achieving equal representation of Women in Parliaments.

A key objective of the WIP Summit 2015 was to facilitate lively discussions and enable participants to share views and discuss common solutions, the outcomes of which are outlined in the 2015 Women in Parliaments Global Forum (WIP) Declaration. The success of the WIP Summit 2015 provides a platform from which members of the WIP Global Network can tackle the numerous barriers to women’s empowerment, in order to create equal and developed societies for all. Female parliamentarians are essential forces of change, and together Women in Parliaments can continue to address the fundamental challenges which serve as serious barriers to female political participation and see the glass ceiling finally smashed.